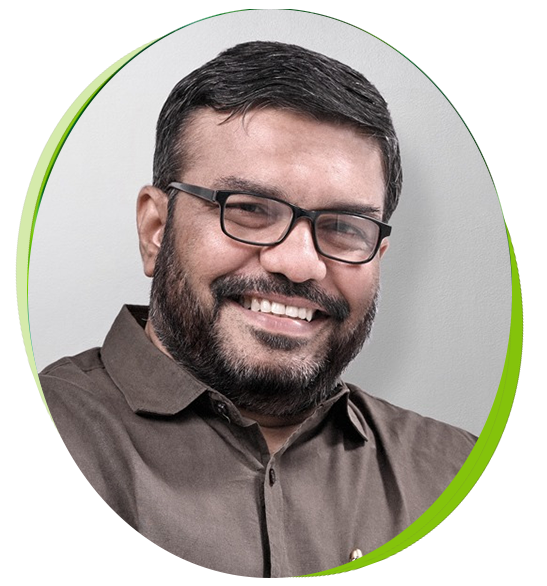 Shri. M B Rajesh is the eldest son of Shri. Balakrishnan Nair and Smt. M. K. Remani. He was born in Jalandhar, Punjab on 12 March 1971 while his father was serving the Indian Army in Punjab. A native of Chalavara, Shornur, in Palakkad District of Kerala. Shri. M B Rajesh was a Member of Parliament from Palakkad constituency. He was elected as MP for two consecutive terms. In 2021 he was elected to Kerala Legislative Assembly from Thrithala constituency, Palakkad district. During his tenure in Lok Sabha during 2009 – 2014 Shri. Rajesh proved his caliber as a parliamentarian. He raised more than 500 questions on various issues, took part in more than 130 debates and could spent 93 percent of his MP Local Area Development fund. The issues raised by Shri. Rajesh on topics like economic policies, environment and fuel price issues were widely debated and accepted by other members also. Shri. M B Rajesh did his graduation in Law from the University of Kerala and MA in Economics from the NSS College, Ottapalam, affiliated to the University of Calicut. Then he served as a Lawyer and a journalist before joining politics. He was the chief editor, Malayalam Monthly ‘Yuvadhara’.  Later he became a Member of Standing Committee on Energy. By profession, he is an advocate. Shri. M B Rajesh is married to Smt. R Ninitha.